Home / Vacuums / Do Spiders Die When You Vacuum Them? – Here’s The Truth! This may sound like a strange question: but do spiders die when you vacuum them? Let’s say for instance you have a lot of cobwebs all over the place in your attic or one of the rooms in your house. Your best solution is to use a vacuum (specifically the hose attachment).

You vacuum up the cobwebs not knowing whether or not the spiders hanging around with it have been sucked up as well. Now the question is: did it die? Could it escape again? We will talk about whether or not they do if they get vacuumed up.

This is one of those questions that does get asked quite frequently. But it’s not a weird question by any stretch of the imagination. Let’s dive right in with the answer:

Do spiders really die when they get vacuumed?

The short answer is yes. But that will depend on the factors of what kills them. They could die instantly due to the trauma that is sustained from all the bouncing around and ricocheting when they are getting sucked in.

However, some spiders may survive getting vacuumed. But at some point, they may die from thirst. Many of today’s vacuums are designed so that a spider’s landing inside the vacuum may not be fatal. So there is a better chance for them to survive when sucked in.

However, they are going to stay trapped inside the vacuum. So unless they do something daring and dastardly like you would see in the movies, it’s unlikely they’ll ever get out. But the realm of possibility (albeit a small one) does exist.

But there are vacuum cleaners with small spaces and mechanisms that will make it seem almost impossible for a spider to get out of. For example, there is one mechanism in particular that acts as a one way door. To better explain this, it is a door that opens allowing dirt, dust, and particles to enter the vacuum’s bag or dust container (if it’s bagless).

This door in particular opens from the outside, but never the inside, trapping dirt (and spiders) in. In short, that escape route via the door is out of the question.

But not every vacuum cleaner has this mechanism. They do have small spaces that may be big enough for a spider to get out of. Again, depending on the size of the spider, this daring escape may not happen at all.

How can a spider escape from a vacuum?

Assuming the spider survives, there may be one way for the spider to escape. If the bag or container is emptied, the spider will be able to get out that way. From there, it goes from the vacuum and into the trash.

At that point, the spider may be able to act as if nothing happened in the first place. It may have devised an escape plan of ‘sit and wait’ until the vacuum is emptied. But depending on how often the vacuum is cleaned out, that moment may never come and eventually the spider dies.

How can the vacuum kill a spider instantly?

One of the things that the vacuum has is air pressure. The low amount of air pressure still might be enough to kill the spider immediately. Or it may be high enough for the spider to sustain a great deal of impact that could eventually kill them after they’ve been bounced around long enough.

When a spider is sucked up by a high-speed cyclonic machine, they are traveling at what appears to be a very fast rate of speed. The speeds differ from one vacuum model to the next. Modern vacuums have a digital motor that will rotate at 120,000 revolutions per minute. That motor rotation is five times faster than a Formula 1 race car.

According to Maggie Hardy, a spider expert, spiders can survive low pressure and even low gravity. But even if a spider survives being sucked into a vacuum, there is a more than likely chance that it has sustained some serious injuries. It may get to the point where the spider may have lost a couple of legs.

What if you do suck up a spider? If you aren’t the kind of person that normally kills spiders, you may suck one up by complete accident while cleaning. In this instance, you may want to make sure that the spider made it into the container. If you use a bagged vacuum, there would almost be no way of locating the spider unless you want to make a colossal mess.

But if you manage to find the spider and it survives, then you can transfer it safely into another container and release it somewhere outside. But what if you have a spider problem in your home? No one wants a whole lot of them inside (especially ones with the tendency to bite).

Is it right to kill spiders?

That may depend on the type of spider you are dealing with. Many spiders will bite, but they will usually be harmless. However, there are certain types of spiders that are venomous and therefore dangerous (i.e — black widow spiders). That is why it is important to know about the kind of spiders that exist in your area.

Identifying and knowing your dangerous spiders from the not so dangerous ones are key. If there is an infestation in your home, you may enlist the services of a bug killer or exterminator to get the job done.

If you vacuum up a spider, there is a good chance that it can die almost instantly. Its options for escape are very limited. And if they are lucky enough to survive, they could escape while you empty out the dirt container or the bag.

If the spider does survive, there is a good chance that they may have sustained serious injuries due to the air pressure and the traveling particles of dirt and debris. But the odds of a spider getting killed while being vacuumed up are pretty high regardless of what vacuum you use. 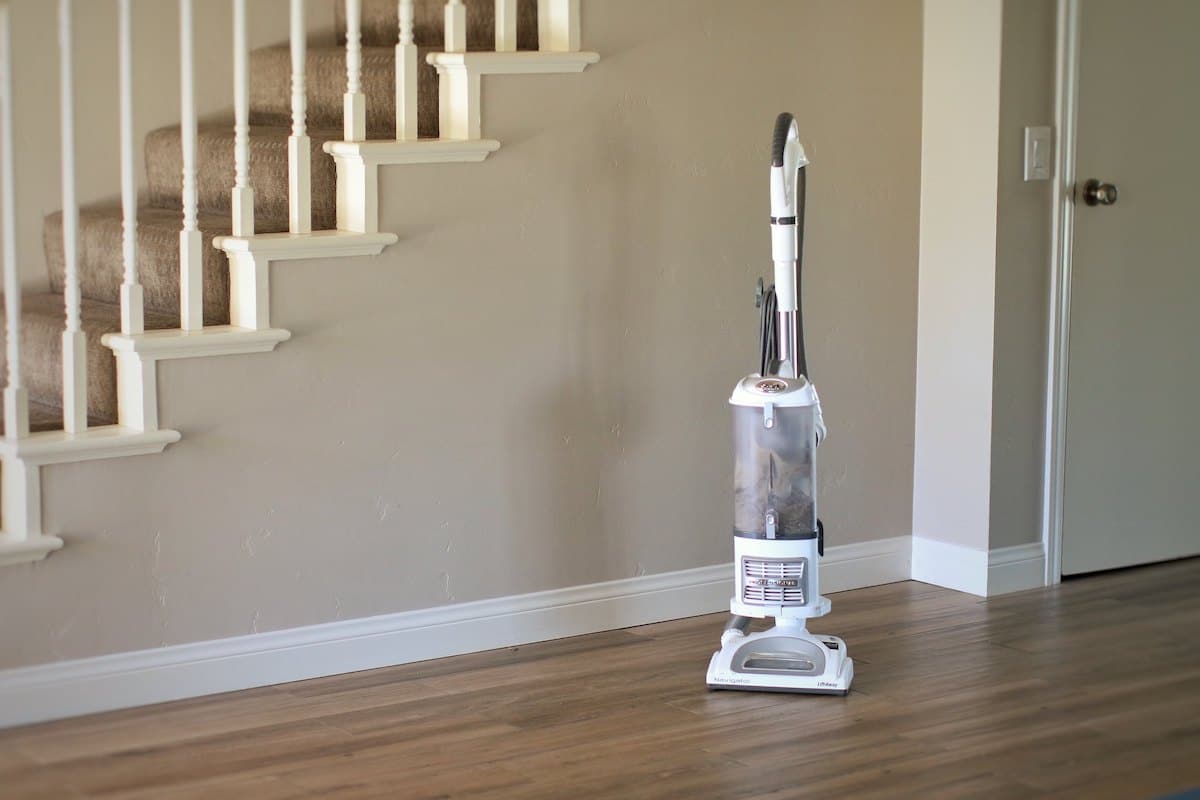